Creepers naturally spawn in the Overworld on top of solid blocks with a light level of 7 or less.

Creepers drop 0ñ2 gunpowder, and a music disc if killed by a skeleton arrow. They also drop a creeper head if killed by a charged creeper's explosion. They drop 5 experience when killed by a player or tamed wolf.

A creeper giving chase and about to explode. Creepers will chase after any player, as long as it is within a 16 block radius and ±4 blocks vertically. The detection range of creepers is reduced to half of their normal range (8 blocks) when the player is wearing a creeper mob head. Creepers can climb up ladders and vines like any other mob, but do not do so intentionally. When within three blocks of a player, a creeper will hiss loudly, start flashing and inflating, and explode after 1.5 seconds. A creeper's detonation can be halted if the player gets out of the blast radius (7 blocks), including by knocking back the creeper or killing it. Creepers can be forced to explode by using a flint and steel. Creepers will flee from ocelots and cats if one is too close, until they are approximately 16 blocks away from the feline(s). If a creeper is inflicted with a status effect, its explosion will create an area effect cloud of the effect. Creepers are never targeted by any mobs, other than the wither, the snow golem, and the vindicator named "Johnny." If they are hit by a stray projectile, they will only retaliate if they are not already chasing a player. 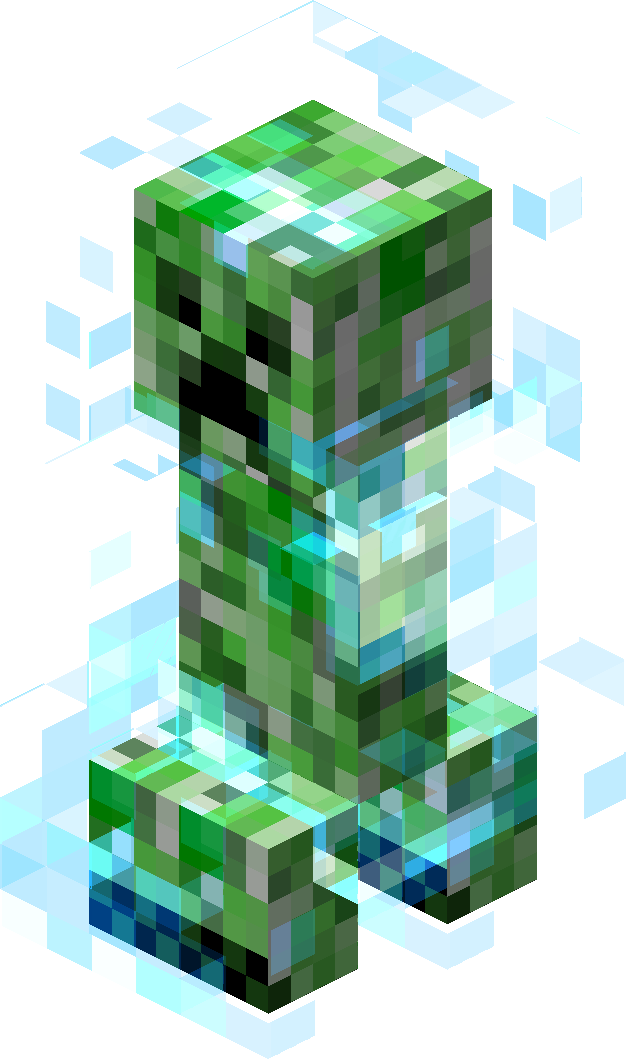 Charged creeper explosions will cause a zombie, skeleton, wither skeleton, or other creeper to drop the corresponding mob head, one per explosion. However, they will not drop their own head.